Happy Mother's Day to All Mothers

Happy Mother's Day to all mother's out there!  It's a tough job but only the toughest can take it.  I mostly enjoyed my day with my family except when Miss thang decided to become Miss Bratasaurus towards the end of the evening.  But she did pretty good and even sang her "I love Mama" song to me which my nephew put on Youtube.  I think both of us are gearing up for the cath on Tuesday.  I think it puts both of us on the edge and so we kinda get grumpy easily.  I'm not looking forward to the cath and most likely we'll be spending the night in the IMC for observation.  YUCK!  But, it's better to be safe than sorry.  After the cath they will be scheduling her fontan for this summer.  I should have a better idea of when the surgery will be by the end of the following week.

In one month, we will be going to Sesame Place for our Make a Wish trip.  We are so super excited.  PA here we come!

Wow!  What a weekend!  It was jam-packed with excitement.  When I got up Friday morning, I flipped on the TV to watch Princess Catherine & Prince William walk down the aisle as husband and wife.  Gracie could have cared less.  She wanted to watch Max & Ruby.  We spent the afternoon and part of the evening at the World Wish Day celebration at Morgan's Wonderland.  My daughter made friends with the UTSA roadrunner mascot on the carousel.  I think he was enamored of her too.  She wanted to go where he went but I told her he wasn't just hers.  She said, "I have to share?"  Yep Gracie, I'm afraid so.  She made me sit in the backseat of the car that they have...I think that is a good glimpse of what is to come in her teen years...mom gets to sit in the back.  Of course, I can be a good backseat driver!  She had a blast and I'm again so thankful for Make a Wish.  They have done so much for my little family.  A friend of mine said, "For having such a sick child, ya'll get to have cool experiences"  I know.  I know.

Speaking of cool experiences, we went to a Mommy & Me Princess Tea put together by another fabulous organization, Starlight Foundation.  We had so much fun (even though on the way, I bit it in the crosswalk (my heel got caught and I was hurrying because the guy at the stop light was revvving his engine) and took the skin off my knee.  It was bloody and gross.  Thank God Gracie was okay and I was thankful I kept her band-aides and doctor grade neosporin in the car.  I cleaned it up with wipies, put on the medicine and a lot of band aides and hobbled back.  Poor Gracie didn't want to cross the street again.  I assured her I would be careful and she cheered for me when I crossed.  She said, "Yea!  Mommy didn't fall this time!"  We had a wonderful time and the St. Anthony was gorgeous!  The food YUMMY!  Gracie at first was nervous about the princesses and then fell in love.  She couldn't get enough of Snow White.  Again, the whole, my princesses came up and I had to explain we share.  When they would get out of her sight, she thought they had gone home to their mommys and daddys house.  It was nice to talk to another mom about how great this organization is because we don't have to worry about people staring or asking questions.  We just get it because we've been there.  I also have so much  admiration for these moms because their kiddos are even more fragile than my child.  It makes me so much more thankful for my situation.  I am truly blessed by my child, family and all of the special blessings like Make a Wish, Starlight Foundation & Mended Little Hearts.  It's like being surrounded by soft fluffy pillows (or blankies in Gracie's case) that make everything so much easier and tolerable. 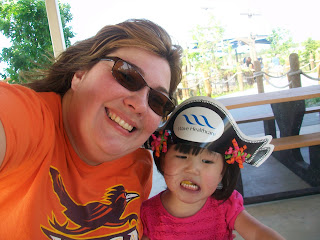 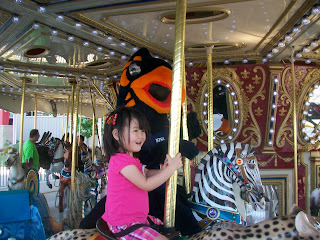 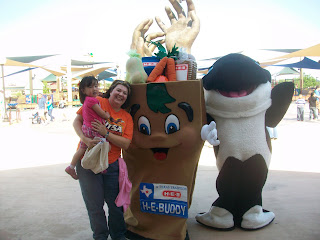 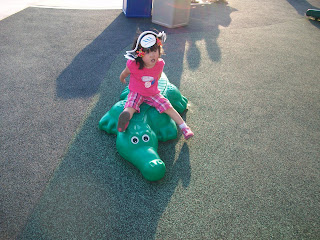 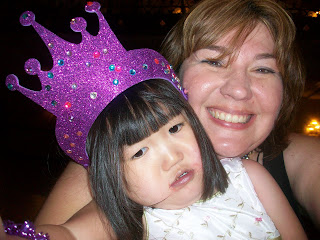 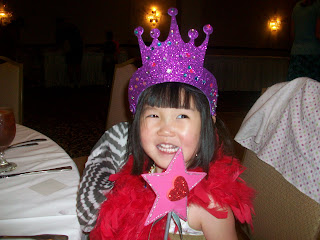 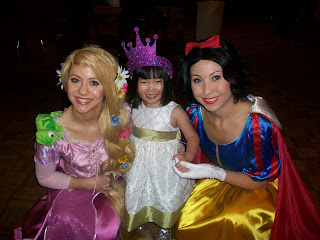 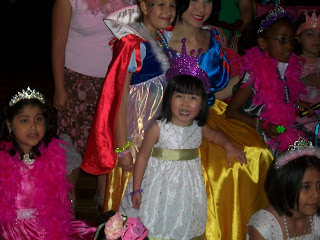 So that brings us to Sunday night...I finished watching the Lifetime movie about Prince William and Kate and I turn it to watch the weather and I see that Osama's dead.  Wow!  I'm still chewing on that because I hope it can bring closure to those who lost friends and families in terroristic attacks but at the same time I'm scared of the ramifications it will bring.  I will just say a prayer for peace.