I know it has been quite some time since I last posted.  It always seems that I'm running around, participating in life and when I want to write, I fall into bed exhausted.  Many times, I'm putting my girl to sleep and I fall asleep before she does.  So, things have been pretty good, in general.  Gracie has been healthy until last weekend when she had a nasty sinus infection.  She had complained about a toothache the week before and we went to the dentist on that Monday but he didn't think it was anything to worry about.  Fastforward to last Sunday when she has a high fever, we go to the ER to be on the safe side and unfortunately, we have a dumb doctor...seriously...he asked me if my child was a Down's kid and I said, "No, she's Chinese" and let me tell you I wanted to add, "dumba**!"  He neglected to look into her nose but he did check her ears.  So we went to our favorite Dr. O and she saw a starting of an ear infection and a sinus infection.  She also had us go to another dentist because she was concerned about G's toothache.  So, the next few days, the toothache goes away with the antibiotic but we still go to the dentist.  They are able to get x-rays and see bunches of cavitites and soft enamel.  The verdict:  10 crowns and 4 baby root canals!  Holy cow!  So, we'll be seeing a 3rd dentist next Monday.  I'm hoping for somewhere in between.

I'm doing summer school this summer.  It's for half days and it makes you appreciate the students you have.  I have met some neat kiddos though.  I think they like my kookiness.  It appeals.  So far when I have asked to take out their piercings or cover their tats, they do it, even without rolling their eyes or snorting at me.

I have been wanting to do small little home projects in the afternoons but I haven't had a chance.  I've had doctor appointments for both me and G.  G has been having an especially rough patch with meltdowns.  It started when her teacher was abruptly let go.  We made a card but I don't know if that's going to give her the closure she needs.  It only seems to happen with me or with me and my parents.  She's at a very independent phase but at the same time she will act or talk like a baby  (whining especially).  We went to a resource fair this morning for kids with special needs and she melted down in the parking lot on the way home because she asked for something and I told her that we would have to wait on it.  Afterwards she said she melted down because she was hungry...that may have been but it was more about being bratty because she didn't get what she wanted.  She is used to people wanting to do everything for her.  We are working on that.  We are visiting with a nice lady who is helping me gather more tools for my tool box in dealing/not triggering meltdowns.  So far, everything is okay.

Gracie is taking swim lessons.  We had to miss this week and one next week because of being sick and a doctor appointment.  She's enjoying it but I'm hoping it's not causing her to be sick.  Thankfully her oxygen sat levels have been low 90s which has been awesome.  She has an incredibly amount of energy that I want to bottle. 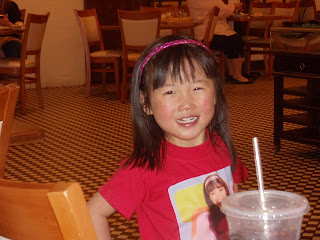 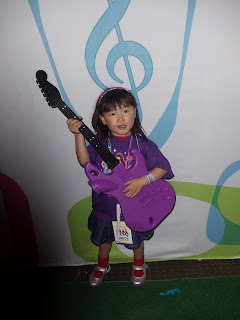 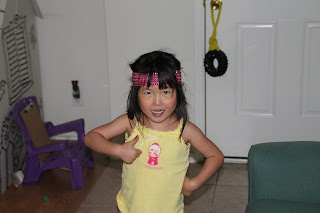